Dr. Quenk had an immense passion for helping people to better understand themselves and appreciate differences in others. She was one of the world’s leading experts on the Myers-Briggs Type Indicator assessment and was not only critical to its development but also its upkeep and understanding. Sadly, Dr. Naomi Quenk passed away on September 28, 2021.

As one of the world’s leading MBTI experts, she was instrumental to the development of the MBTI and also published numerous research and theoretical articles, books and more on applying type theory to everyday life.

“Naomi had relationships with Mary Mcculey and Isabel Briggs Myers and she worked with them very early on,” said Rich Thompson, Sr. Director of Research at The Myers-Briggs Company.

“Her first exposure to it was through her work at University of California, Berkeley with Doctor Harrison Gough, one of our company’s founders. He created the CPI instrument but he also was also a very big proponent of the MBTI tool and used it in his lab as part of their data collection process. Over the years, Naomi became truly one of the world's most renowned experts on the MBTI. She used that expertise in the development of the ongoing revisions to the instruments. She was involved in the Form M revision, Form Q revision, the Global Step I and the Global Step II revisions, and she also authored the Step II reports.”

“And then she also used MBTI type in her clinical practice, in things like couple's therapy. She also used it as a consultant with organization, so she had all this real life, real first-hand experience that she then was able with other co-authors to put personality knowledge into the hands of millions of people and to benefit them.”

Naomi’s published works are still available to help people better understand themselves and each other. Some of these include:

Not only has her professional career impacted thousands of people directly and indirectly, but her own personality, charisma and passion made a lasting impression on many who work at The Myers-Briggs Company, including CEO Jeff Hayes.

“I think I first saw Naomi at an APTi conference, and she was presenting there. But then where I got to know her were at the Myers & Briggs Vision Team meetings. One of the things I really admired and truly found her to be a brilliant woman and incredibly gifted when it came to MBTI type. She had a profound effect on me both personally and professionally. To me, she was a mentor and someone you could always go talk to,” said Jeff.

“One of the things I loved about Naomi is that she was always someone who you knew where you stood with. She was always willing to give her perspective. And even times when we wouldn’t agree, her passion for what she believed in was incredible. I appreciated her directness of being able to say ‘No, I don’t agree with you and here’s why’ and be able to clearly articulate a differing view. I think that’s helped me both personally and professionally.”

While her passing is an incredible loss to her family, friends and the type community, we’re grateful for the nearly 70 years she’s helped us learn about ourselves and each other, and that her legacy echoes our mission of helping everyone on the planet lead more successful and fulfilling lives. She will be dearly missed.

If you’ve worked with or been impacted by Dr. Naomi Quenk, we’d love to hear your thoughts and stories. Feel free to share in the comments below. 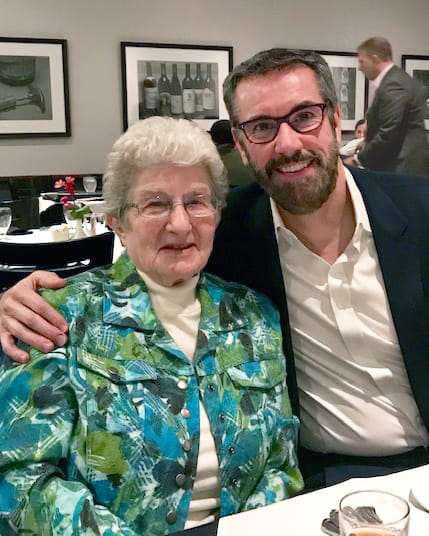