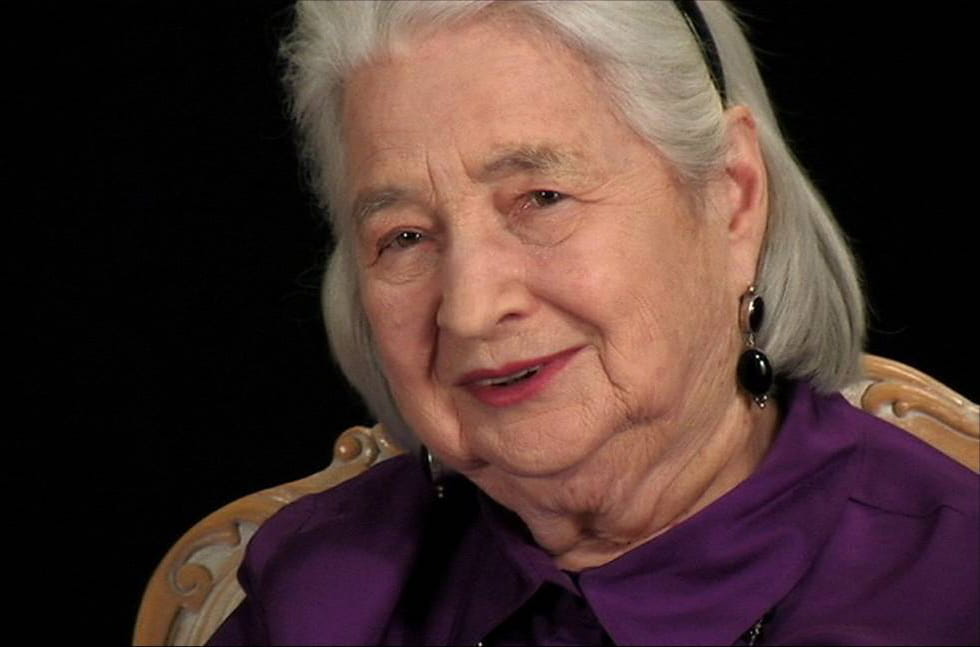 On January 30, 2020, we lost one of the greatest stewards of the Myers-Briggs Type Indicator, Katharine (“Kathy”) Margaret Downing Myers, at the age of 93.

Kathy, born on April 4, 1926, was raised by her mother Katharine Jaeger Downing. Her father Hugh Wagner Downing, an early army aviator in the US army Signal Corps, died in a military airplane crash the same year she was born.

When she was a young child, she and her mother moved to Swarthmore, PA where she developed lifelong friends (and also where Isabel Briggs Myers, her mother-in-law, attended Swarthmore College years earlier). When Kathy was 12, she met Peter Myers and his parents Isabel and Clarence (“Chief”) Myers.

Peter became a dear friend (and later became her second husband who passed in 2018). His parents became second parents to her, with Isabel igniting in Kathy a lifelong interest in understanding human development and how to enhance people’s understanding of themselves and others.

As a scholarship student at Vassar College she played field hockey and on the All-American Lacrosse team, graduating with a major in Economics in 1946 at the age of 20.

After graduation, when she applied to Penn’s Wharton School, the Dean of Admissions told her that a business education would be “wasted on a woman who would just get married and have babies.” Not one to let one man’s opinion stop her, she completed organizational development graduate classes at Wharton and went to work on personnel issues for the management consulting firm Edward N. Hay and Associates in Philadelphia. Later she would complete her master’s degree in human development from Bryn Mawr College in Pennsylvania.

During her years of raising four children, she directed her passion and energy to serving on the boards of the League of Women Voters and on the Swarthmore School Board, then working as a high school teacher and later as a high school guidance counselor.

Kathy found her true professional calling when she dedicated herself to expanding the ethical use of the Myers Briggs Type Indicator (MBTI). She worked closely with Isabel Myers in Isabel’s final years of life to enhance the scientific integrity of the MBTI and complete Isabel’s seminal book on the MBTI, Gifts Differing. In addition, she helped develop the first rigorous Certification Programs for counselors who would administer the MBTI responsibly and led multiple training courses.

Upon Isabel’s death in 1980, Kathy and Peter Myers became co-owners of the MBTI’s copyright and both took that responsibility very seriously. Kathy became the first President of the Association for Psychological Type (APT) and provided consistent support for the nonprofit organization The Center for Applications of Psychological Type (CAPT). She wrote many articles and contributed to several books on use of psychological type, including Navigating Midlife: Using Typology as a Guide.

Under Peter and Kathy’s stewardship (in close collaboration with The Myers–Briggs Company who publishes the MBTI assessment), the MBTI tool became the most widely used personality assessment tool in the world, used by individuals, religious and educational institutions, nonprofit organizations and companies for individual and team development.

In their later years, together Kathy and Peter created the Myers & Briggs Foundation: an organization funding psychometric and outcomes research on applications of psychological type. She also continued to be involved in social justice advocacy through her 80’s and immersed herself in philanthropic work, especially with the Chester Children’s Chorus and associated school in Chester, Pennsylvania.

She often quoted the closing lines from Middlemarch, a favorite book, that “the growing good of the world is partly dependent on unhistoric acts; and that things are not so ill with you and me as they might have been is half owing to the number who lived faithfully a hidden life…..”

Kathy herself lived a full, passionate life of generous contribution. She is deeply loved and remembered by all who knew her, and leaves behind four children, four grandchildren, two great-grandchildren and many close friends and colleagues.

This is an edited extract from the obituary written by the family of Kathy Myers.